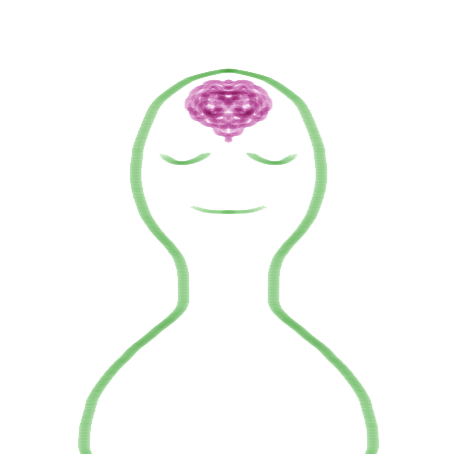 There is hope and help
Jasmine Entrican and Kara Heady
Wednesday, May 22, 2019

Millions of people across the country face the difficult reality of living with a mental illness every day. To fight stigma and give support to those people, May is Mental Health Awareness Month, and 2019 marks the 70th year of celebrating this crucial topic. Mental Health Awareness Month aims to educate the public and support those with mental illnesses, letting them know that they are valid, understood and not alone.

Anxiety disorders and all of their different types are serious medical conditions involving extreme fear or worry. Some of the most common types of anxiety disorders are Generalized Anxiety, Panic Disorder, Obsessive-Compulsive Disorder and Social Anxiety Disorder. This also includes specific types of phobias.

Anxiety disorders develop from several different risk factors such as genetics, personality and life events. With an anxiety disorder, fears and worries do not subside, greatly affecting school, work and personal relationships.

It is important to understand the differences between anxiety disorders and everyday anxiety. Everyday anxiety relates to worrying about regular life events such as paying bills, nerves before a test or dealing with romantic issues. Everyday anxiety may also include realistic fears of dangerous situations, or feeling uncomfortable in awkward social situations. Anxiety disorders, however, include constant worry that interferes with daily life, avoiding social situations out of fear of humiliation, out-of-the-blue panic attacks or re-occuring nightmares or flashbacks.

DO let a person with anxiety know that they can talk about it openly, offer support and try to be forgiving.

DON’T tell a person with anxiety to calm down, invalidate their feelings or get frustrated.

Major Depressive Disorder, or depression, is an extremely common mental illness that negatively affects a person. Having depression causes extreme feelings of sadness and no interest in previously enjoyed activities, which leads to a variety of emotional problems that can greatly affect one’s life. Someone with depression may experience hopelessness, loss of interest, excessive sleeping, poor appetite, excessive crying, thoughts of suicide and many other difficult situations.

Depression is caused by biochemistry, genetics, personality and environmental factors.

specific triggers, and there are a variety of life situations that can be linked to these feelings. This sadness goes away within time, whereas depression makes a person unable to resume regular function for long periods of time, sadness is only one element of overall depression.

DO express encouragement and support, offer company, and make gestures to show you care for them.

DON’T tell a person with depression to think positively or be grateful for what they have, minimize how they feel, or give up on them.

PTSD, which stands for Post Traumatic Stress Disorder, is a mental disorder that develops following traumatic life experiences such as war, sexual assault, accidents or natural disasters. A person with PTSD will often experience symptoms similar to depression and anxiety, in addition to severe nightmares, emotional detachment, memory loss and heightened reactions.

PTSD occurs in a person after they experience a traumatic life event, and feel extreme horror, fear or helplessness as a result. Some people, with the right help, are able to overcome PTSD, but others lose the ability to cope with life for a long time. Nearly everyone will experience different reactions after trauma or scary events. PTSD, however, lasts for long periods of time after the initial shock, and can make a person feel in danger when they are not.

DO create a safe space for someone with PTSD, watch for warning signs, and take time to understand triggers.

Borderline Personality Disorder heightens the moods of those who have it, so when they are happy, they are extremely ecstatic, and when they are sad, they are hopelessly depressed. This disorder can affect a person with weeks of highs, but weeks of low too. The low weeks can almost paralyze them in a sense that they cannot get out of bed or gather the motivation to do anything. Yet the weeks of high can leave them sporadic and unable to focus or lead them to make rash decisions such as spending too much money, self-harming, suddenly quitting a job or abruptly cancelling plans.

DO support someone with BPD and understand that they do not mean for their mood shifts to happen, be non-threatening, and educate yourself on the illness.

DON’T tell a person with Borderline Personality Disorder to “pull themselves together,” comment on their emotional instability or become hostile.

Eating disorders are illnesses that cause extreme disturbances in eating behaviors and the thoughts associated with eating. People who have an eating disorder typically become obsessed with food and how it affects their body weight. Those who struggle with these disorders often become perfectionists that are severely critical of their own bodies. It is common for people with eating disorders to deny they have a problem, leading to life-threatening semi-starvation.

DO engage in social activities that do not involve food, realize that eating disorders are more than just food, and realize that recovery takes time.

DON'T talk about being on a diet around someone with an eating disorder, tell them to “just eat,” or comment on their weight at all.

Phobias are often treated as general fears, but are actually extreme or irrational reactions that prevent a person from functioning normally. Examples of such phobias include Agoraphobia, the fear of open or crowded places or Hypochondria, the fear that one has a severe illness or life threatening conditions.

Agoraphobia is more than just people who have general anxiety in crowds. Agoraphobia can make a person so paranoid to leave their home that they refuse to even step outside. It prevents them from leading normal lives and they cannot hold jobs that require them to come to an office. Hypochondria causes a person to believe they are suffering from serious illnesses. This can go as far as to affect the body completely by convincing it that it is sick. People can lay bedridden or waste thousands of dollars on hospital visits alone. Phobias are more than just slight anxieties and simple fears.

DO take the time to see the world through their point of you to better understand their fear.

DONT tell them to get over it or get frustrated when their fear prevents them from participating in certain activities.

10 percent of people in the US have specific phobias

Twice as many women are diagnosed with phobias than men

95% of phobias are developed before the age of 20

Attention Deficit/Hyperactivity Disorder is a condition where a person suffers from difficulty to focus, hyperactivity, and impulsiveness. ADHD is often diagnosed in children, but it is not a childhood disorder. ADHD can carry on throughout a person’s life. The inattention prevents them from focusing in class or at their jobs making it hard to hold down stable studying and work ethics. The hyperactivity can present itself in restlessness or fidgeting and constant talking.

ADHD is more than just feeling hyper, or a child who cannot sit down. ADHD is a serious mental illness that can make it impossible to focus on important things. It can also cause other symptoms such as anxiety and depression. The impulsive tendencies can make the person use money irresponsibly or make rash decision before thinking. It affects everyday life, and can cause severe damage to a person’s work or grades without the proper help from a support team.

DO have patience with those who have ADHD because they often will get off track or be forgetful of things without being conscious of the fact that they have done it.

DON'T tell them to “settle down” or tell them to “try harder” at school or work, because even though they want to be better in those areas, their mental illness prevents them from staying on track.

6.4 million children have been diagnosed with ADHD in the US

The United States has the lifetime rate of bipolar disorder 4.4>#/p###

DISCLAIMER: If you think you are experiencing a mental illness, seek help from a medical professional, do not attempt to self-diagnose.